Vaginismus: How to overcome the fear of penetration & have a healthy sex life using hypnotherapy

Sex is liberating and enjoyable. It is a message that has become the social and cultural norm.

However, for a significant number of women it is anything but.

According to a recent study, one in 10 British women finds sex painful and a leading cause is a condition known as vaginismus.

The NHS defines it as the body’s automatic reaction to the fear of some or all types of vaginal penetration.

The vaginal muscles tighten up and the woman has no control over it. Someone with the condition will find it hard inserting a tampon, struggle to have sex or feel a burning or stinging pain when attempting penetration.

Hypnotherapist Aaron Surtees is only too aware of this common but little-discussed problem.

The celebrity hypnotist reveals it is not unusual for him to see around 10 women a month who have accepted they need help to tackle the condition.

He said: ‘Those with undiagnosed vaginismus can feel embarrassed or abnormal, feelings which can prevent them from seeking help’.

‘It can also impact upon self-esteem and can lead to anxiety and depression’.

Here, Mr Surtees discusses this psychological condition and why the treatment plan he offers is so successful.

What is the root cause of vaginismus and its impact?

Explains Mr Surtees: ‘Vaginismus is different from just pain during sex because it’s the body’s automatic reaction that causes it’.

‘Vaginismus is a psychological condition that manifests itself in a physical form: the fear of penetration which revolves around a fear of pain and loss of control’.

‘Many of my clients with this condition are women in their 30s, 40s, and even 50s who have never been able to use a tampon or insert a finger inside their vagina’.

‘Some women experience fear, difficulties or pain from the first time they try to insert something into their vagina and instead of getting better, it can get worse over time. This is called ‘primary vaginismus. Other women can be fine for decades but develop pain at a later date, this is known as ‘secondary vaginismus’ and can be caused after pregnancy or due to gynecological problems such as endometriosis’.

‘The mind and the body are interlinked when it comes to sex and vaginismus. The underlying causes of the condition are varied but in the case of primary vaginismus, common factors include an irrational fear or anxiety about pain, pregnancy or sexually transmitted infections. Generalized anxiety or other anxiety disorders can also cause vaginismus’.

‘Religious or cultural taboos around sex where it is branded as a dirty or unspoken act during childhood and adolescence, something only to be done when consummating marriage. This creates an inner conflict about whether to be sexual or not and sticks in the subconscious mind’.

‘Unaroused sex or abuse, having sex when you really don’t want to or a history of physical, emotional or sexual trauma or abuse will also have a great impact and could be underlying causes of vaginismus’.

‘Unrealistic expectations of sex leading to the fear of not being ‘’good enough’’ in bed can also cause the problem to manifest’.

The treatment plan & why it works

HOW DOES HYPNOTHERAPY FOR EATING DISORDERS WORK?

Anxious, stressed, overeating or can’t seem to quit smoking? Why hypnotherapy could be the key to happiness!

Anxiety Hypnosis: Does it Work?

PLEASE NOTE OUR 24 HOUR CANCELLATION POLICY OR FULL APPOINTMENT FEE IS DUE. 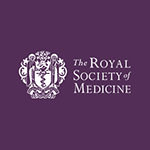